View Forms Associated with a Team

Written by Patrick Cahill
Updated over a week ago

Who can do this?

A Form can be associated with a Team. When associated the form will automatically show up in the Team’s page in the Script dashboard which provides an automatically generated list of all of a Team’s forms. This provides quick access to navigate to forms as well as view high level form metrics.

1. Navigate to the desired team

2. Scroll down until you see the Forms card. 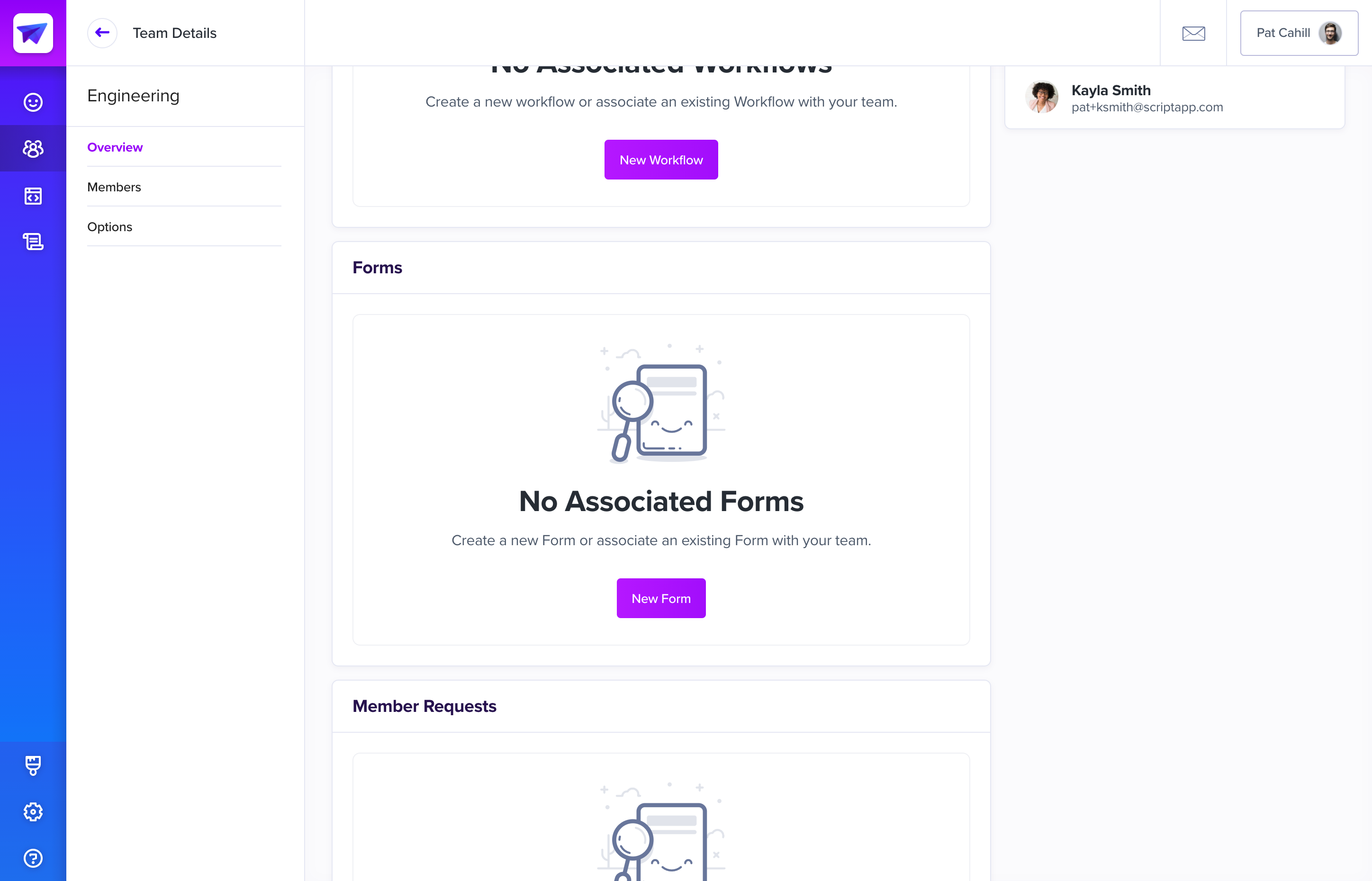 4. If you do not have access to any forms, or if no forms have been associated with the team you will see a message saying “No Associated Forms”

Associate a Form with a Team

Did this answer your question?